This site uses cookies to deliver its services and analyse traffic. By using this site, you agree to its use of cookies.

ReNature held the project’s second and last of the series interdisciplinary training school on planning nature-based solutions (NbS) in cities. From 15 to 18 March 2021 more than 50 people from all around the world attended the four-day training, held in an entirely online environment. Despite the opposed restrictions, the training was deemed a great success, as the absolute majority of the participants were satisfied with the way the school was organised. According to the quality assessment report created on the basis of an anonymous survey among trainees, the course significantly advanced the attendants' knowledge and understanding of NbS concepts and principles.

"NbS should be considered as actions towards addressing the development goals and safeguarding human well-being." (Kabisch et all, 2016). Along these lines, the presentations covered diverse NbS-related topics, such as the legacy of NbS, various conservation ideas on how can urban green infrastructure be implemented. Additionally, the vegetation assemblages in the Mediterranean climate and the ecological succession in accordance to nature-based solutions were also discussed. 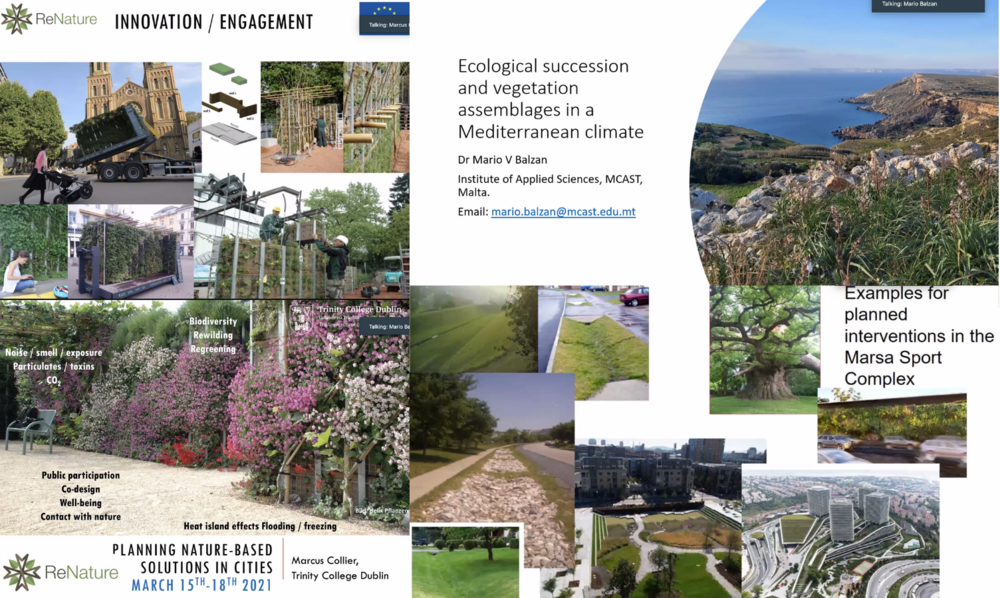 The organising team sought to ensure that the training school would host a wide diversity of applicants working in different fields that are of relevance to nature-based solutions and urban planning. Thus, the lectures were followed by six learning sessions with the excellent 38 PhD students and early-career researchers from a total of 23 different countries, who participated in the event. The students were given various tasks related to the planning and implementation of NbS in three case study areas - Marsa Sports Complex, Ta’ Qali Action Plan and Hal-Ferh area Local Plan.

This training is the last one of a series of capacity-building activities, organised by ReNature. A total of five cross-cutting training courses and two summer schools will take place until the end of the project.